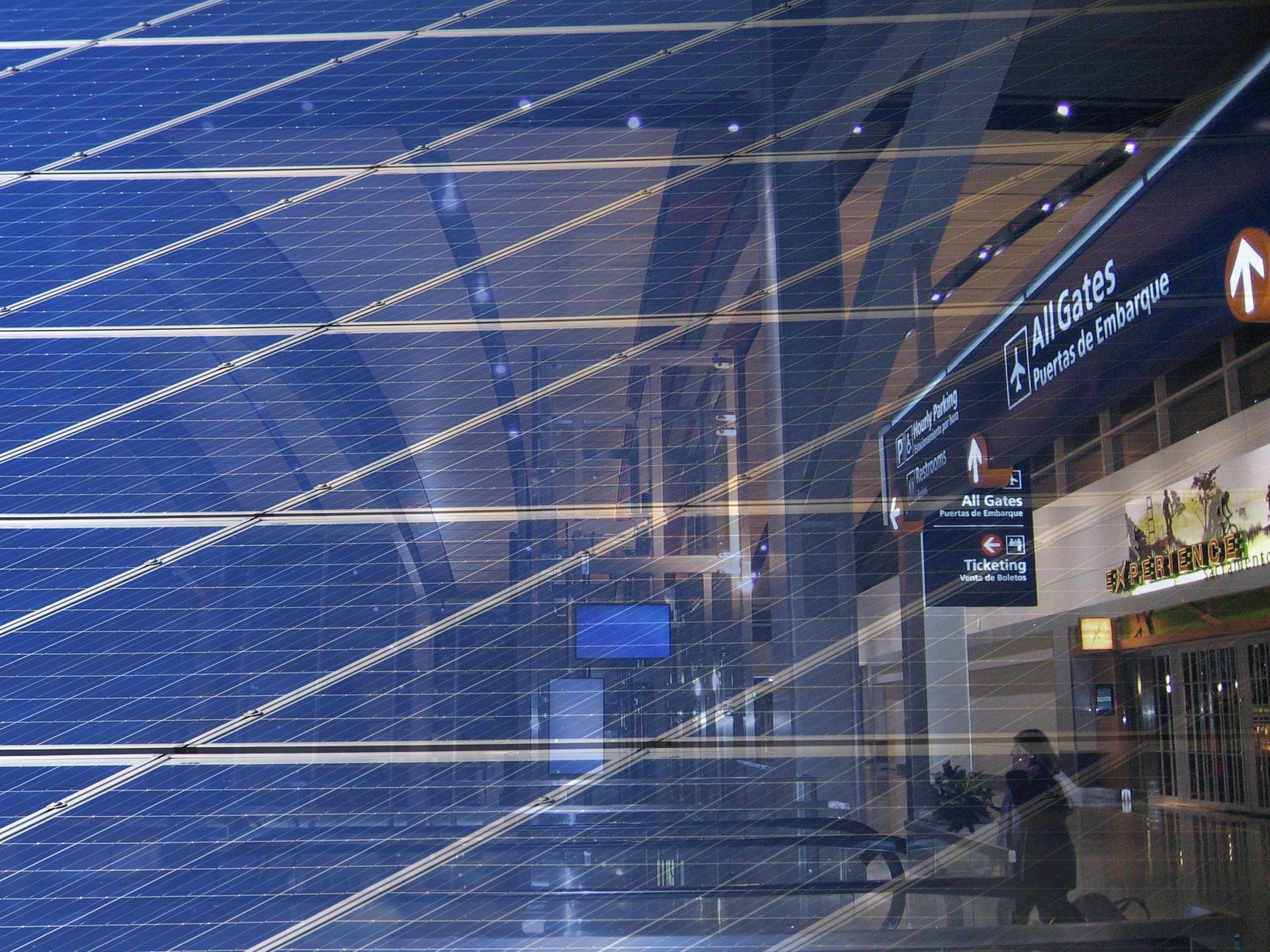 Using commercial solar to save your company money is one of the untapped potentials of solar in the greater Sacramento region. Sacramento International Airport has seen the light.

The airport has entered into a power purchase agreement for the largest solar farm on airport grounds in the entire state of California, according to CBS 13. The 35-acre project features more than 23,000 panels, saving both money and the environment.

7.9 Megawatts will be generated at peak capacity, providing for more than 30 percent of the airport’s electricity. Panels are equipped with technology that allows them to track the sun as it moves for increased efficiency.

The airport was previously averaging nine cents per Kilowatt-hour, but will now pay just a bit more than seven cents. CBS 13 reports that the projected total savings is $850,000 over a span of 25 years.

If solar energy can do this for an entire airport, imagine what it could do for your home! Aztec Solar offers both residential and commercial solar options, with great tax benefits and green savings! Call us today for more information! (916) 853-2700