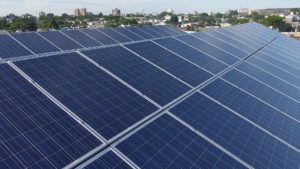 The solar industry remains strong as it was recently announced by the Solar Energy Industries Association (SEIA) that solar installations drove 60 percent of the new electric generating capacity additions in the third quarter of 2016, which is a new record.

What’s more, the SEIA predicts that these numbers are expected to be outdone in the fourth quarter of 2016. Also in the third quarter, California became the first state to add more than 1 GWdc of utility PV in a single quarter.

The information comes as part of the SEIA’s Solar Market Insight Report 2016 Q4. Here are some other key figures from the report:

You can be part of the clean energy/solar movement and save on your energy bill at the same time.

Contact us for a free site visit and solar needs analysis, or simply give us a call with any questions you may have at 916.853.2700.