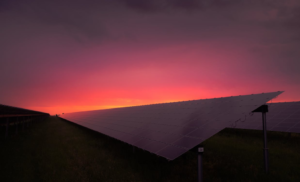 Solar developers installed 14.6 gigawatts in the United States last year, representing a doubling of total installations from the previous year

Solar energy has reached new highs in the United States on two important fronts. It surfaced as the largest source of new energy across the nation and installation of solar systems reached a new high record, too.

The numbers behind this overtaking soared as solar developers installed 14.6 gigawatts in the United States last year, representing a doubling of total installations from the previous year.

The new figure propelled photovoltaic panels as the largest source of new electric capacity for the first time, according to Bloomberg Markets.

Solar panels on rooftops, much like the ones installed by our team at Aztec Solar, and other panels designed for open areas like fields, accounted for 39 percent of new generation last year, beating out the contribution of natural gas and wind.

The good news doesn’t stop there. Employment in the field accounted for 2 percent of all new U.S. jobs last year. Some 260,000 people are employed in the industry, according to the report. Aztec Solar knows the value of these jobs, having provided them for more than 35 years in the Sacramento region.

Of the 40 markets tracked by the Solar Energy Industries Association (SEIA), 31 of them grew, including areas where traditional energy sources had gripped the market, according to the report.

Aztec Solar sees a bright future moving forward. We work closely with our customers to provide the opportunity of the future. The benefits are compelling. With solar energy, customers will lower energy costs, support green technology and jobs, and pave the way for a healthier planet.