100 percent clean energy by 2045? California is thinking about it 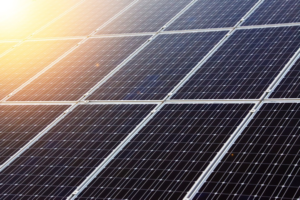 California has not shied away from ambitious targets in attempts to scale back the potential impacts of climate change.

A bill introduced by a California lawmaker is being praised by green energy advocates because it would require the state to generate 100 percent of its energy from climate-friendly sources, which would include solar.

Creating 100 percent clean energy is a lofty goal, but California has not shied away from ambitious targets in attempts to scale back the potential impacts of climate change.

While the bill sets a 2045 deadline for total compliance, California has already vowed to produce 50 percent of its energy from clean sources by 2030. That mandate, and other efforts, demonstrates Gov. Jerry Brown’s pledge to combat the consequences of climate warming caused by fossil fuels, a rich source of energy across the globe. If it’s made into law, the new bill would remove fossil fuels by 2045, and require California to speed up its efforts to reach its mandated 50 percent threshold five years earlier.

In 2016, California got about 27 percent of its electricity from solar, wind and other clean energy, according to the California Energy Commission.

If the bill passes, California would join one other state, Hawaii, in this effort of 100 percent clean energy.

At Aztec Solar, we clearly believe in the future of clean energy and applaud California lawmakers for making attempts to utilize it. For more than 35 years, we’ve provided green energy jobs, saved our customers money and worked hard to ensure that clean energy is 100 percent a part of the future.

If you have any questions about solar, don’t hesitate to give us a call!